This is the first in a series of five weekly articles which discuss my 5 favourite places to ski in the world.

I was recently asked what my 5 favourite ski lines were.  Thats a toughie. What makes a line great? The difficulty, the aesthetics of the line, the quality of the snow, skiability, or the overall experience you had on it? Some of the lines we skied in Alaska sure were fast, furious and a heap of fun but then I didn’t always earn those turns benefiting from the aid of a heli. Does that make a difference? Not really, its the same as any lift but for this article I have excluded Alaska as my experiences there in the Chugach, Heneys and Alaska range are a decade out of date. Why havent’t I been back to the velvet snow there??

The line has to be aesthetic, that goes without saying, and off the big mountain. It also has to have high skiability. What I mean by that is low reliance on abseils and maximum focus on skiing. Skiing is all about the sensation of turning, the control of the acceleration as gravity assists your descent and the flow state your mind can enter. Skiability generally is inversely proportional to difficulty. For example, a popular Chamonix test piece like the Mallory under the Midi cables is psychologically and technically challenging, but its also rocky and I’ve seen teams do as many as 9 abseils in poor conditions breaking the fluidity of a ski descent. I avoid getting caught up in that climbers game of chasing grades and go ski where the good snow is. Good snow can make a hard route ski well and easy, while poor conditions may mean you have the most harrowing marginal experience of your life leaving you burning a lot of hard earned cash at the bar afterwards to recover from the mental trauma. Aside from the snow, the overall experience I have on a route is heavily influenced by the people I share the experience with. So the ultimate line for me is the aesthetic one off that huge peak, which no reliance on abseils, great snow and a bunch of good friends to share the ride with.

Choosing 5 of the best lines has been so difficult so I finally settled upon selecting 5 of the must ski mountaineering areas of the World. There are all different, unique, and utterly brilliant in their own ways, varying from adventure skiing in the coldest, remotest area of the world where bringing an Everest down suit and a high tolerance for suffering is mandatory, to the more relaxed and accessible ski touring opportunities and fine dining that Lofoten Ski Lodge offers with everything else there is in between. The skiing isn’t restricted to the northern hemisphere either, every skier needs something to do when summer round and the quest for powder may take you to the other side of the planet. There is something for everyone here and hopefully a few things that might inspire of create ideas for future trips. I grew up reading book’s like Paul Pritchard’s ‘Deep Play’ or Chris Bonnington’s ‘Quest for Adventure’. I never imagined in my wildest dreams of ever going to Baffin, let alone to ski first descents there, or end up having Chris Bonnington as a Berghaus team mate!

So this is the first in a series of five weekly articles which discuss my 5 favourite places to ski in the world.

The magical archipelago of the Lofoten islands is located at 68° north on the western seaboard of Norway. Despite being in the Arctic Circle, the presence of the Gulf Stream keeps the Arctic weather at bay and instead one should expect temperatures more akin to those found in Scotland and since its west coast means there is a lot of preceip or snow. We headed up there in mid March to benefit from colder snow and dark nights in which to view the Northern Lights or Aurora Borealis. There are many options for accommodation and we elected to stay at the beautiful Lofoten Ski Lodge that is run by the charming couple of Maren Eek Bistrup and IFMGA guide Seth Hobby. They provide a fantastic homely relaxed atmosphere that allows you to completely unwind and adjust to the natural rhythm of the days in the far north. Starting the day with a full breakfast, Seth then gives you the beta on the best places to ski or sorts you out with a guide, go skiing in some marvellous places, before coming back to the lodge for afternoon tea and waffles and then relaxing in the sauna with occasional paddle in the fiord to cool down. Then its time for a beer, an excellent diner, and finally marvelling at the northern lights to end the evening. Despite being in the Arctic Circle Lofoten is well served by good net work of roads and served by several airports at Bodo, Evenes, Svolvaer , or Leknes. Just pick up a car and go ski where you want! 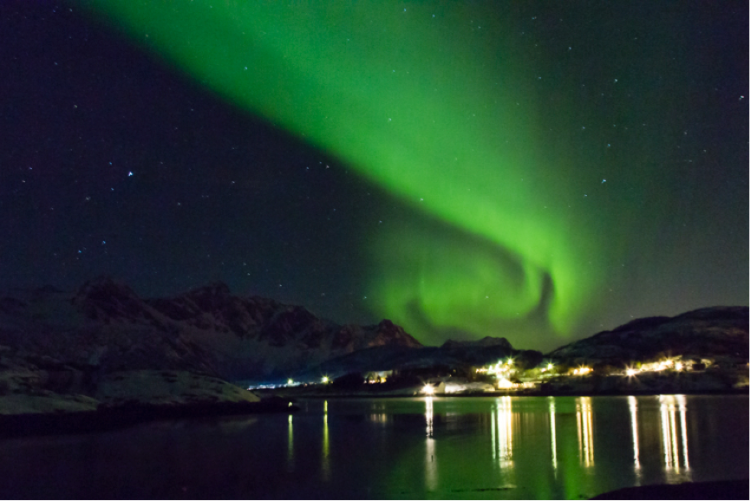 Geitgalien’s classic south west couloir. We skied the snaking line to the right 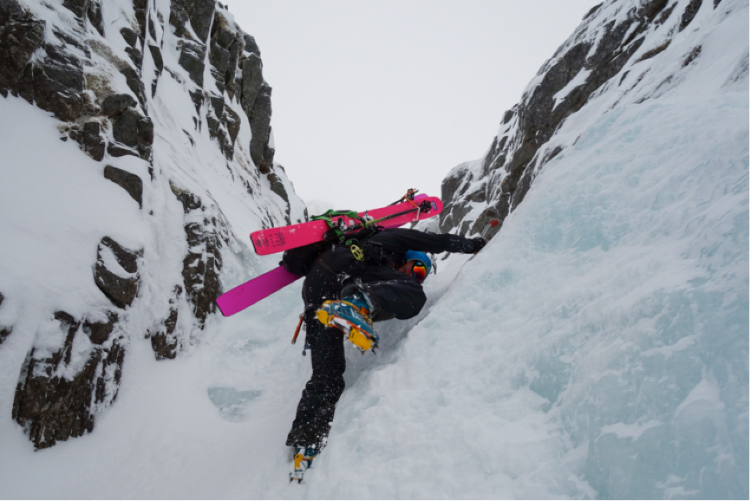 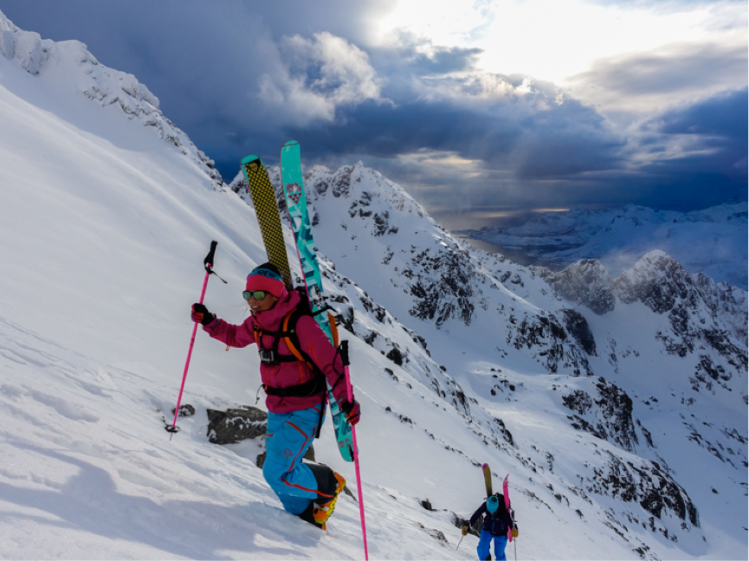 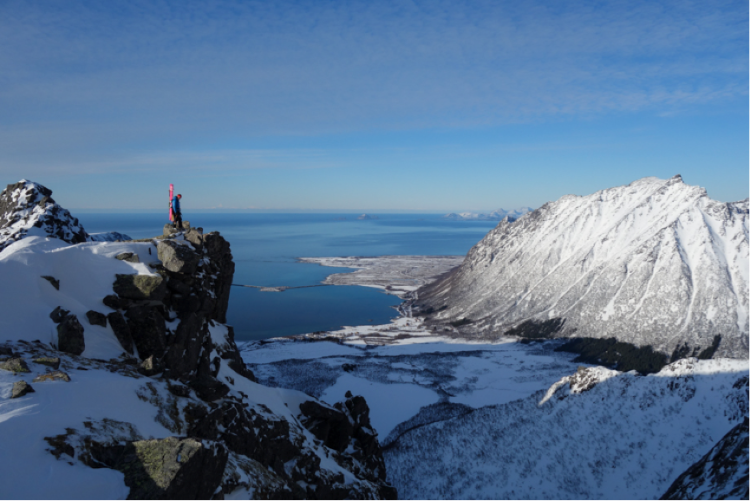 Checking out the stunning view from Breitinden 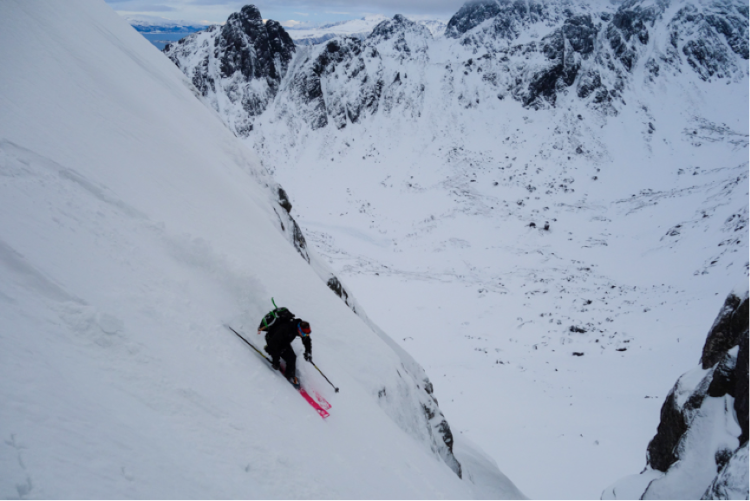 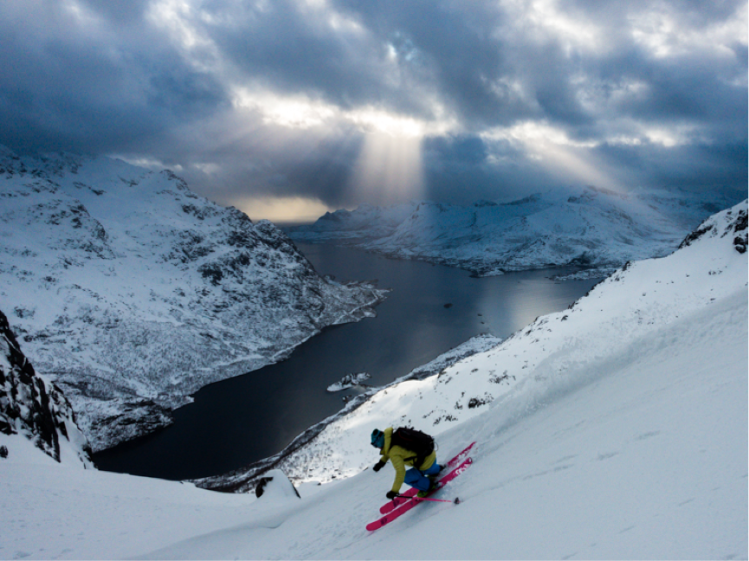 Michelle Blaydon slaying the pow on Geitgalien under a moody sky 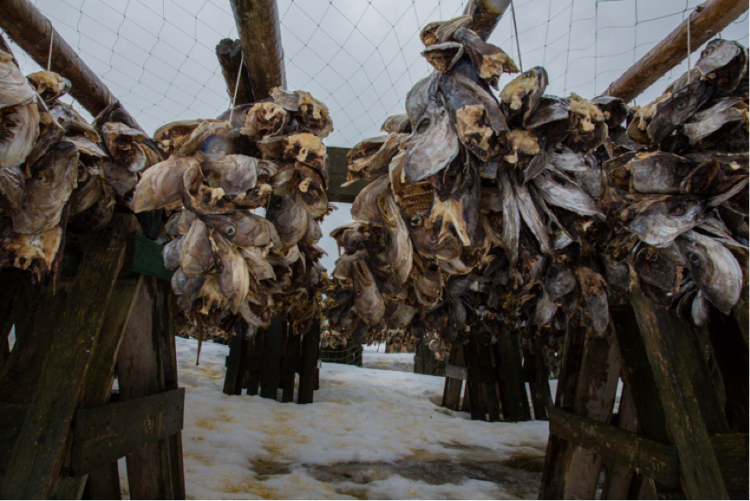 Cod fishing is the main industry in Lofoten. Once the heads are dried they are ground into fish stock Even the lampshades are made from cod! 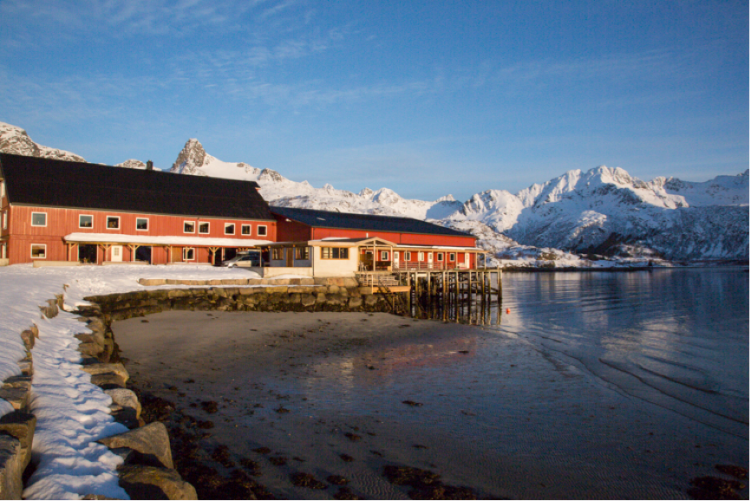 The idyllic setting for the Lofoten Ski Lodge 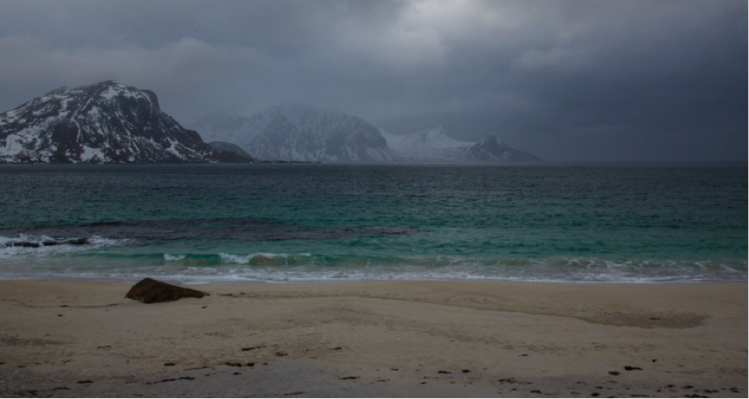 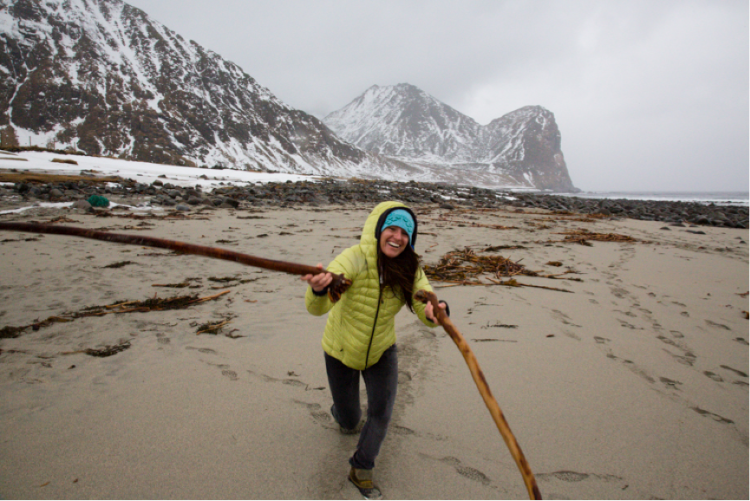 Michelle trying to slime me with some giant seaweed Surfers enjoying the swell at Unstad beach on a cold, dark day 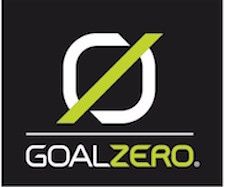