Its that exciting and hectic time of year for me again, getting finished work, Christmas shopping, packing up and getting ready to drive to Chamonix for the winter. This year has been faster and more furious than ever before and I have had a lot of fun reliving some of the moments from 2012 putting this together and getting psyched for this winter:

Ahhh, the mythical Dubh Loch in winter, what other cliff in the UK hold such a aura; remote, unpredictable, committing. Granite climbing at its finest, with the usual large dose of Scottish Winter climbing canniness required to find protection amongst those rounded flared cracks. Success here is just so much sweeter. The crag has treated me very kindly over the last few years with a lifetime experience on Mousetrap, and now Vertigo Wall, a contender for Britain’s finest winter climb.

The first few pitches went without incident, although the first 2 would be significantly easier with build up. A friend had dropped a comment during the week about the upper slabs on pitch 4 leading to the flake being ‘interesting’, and as it happened that lead fell to me. I was warned not to fall off as I approached the belay and one look at a tied off kingpin in a crack didn’t make me any less anxious about what lay ahead. I didn’t bother to look at the other piece, I didn’t need to know. The slabs were covered in 1 cm of ice which removed any chance off pro before the flake and I levitated up on shallow hooks to a wee blob of ice below the headwall. It took our shortest 7 cm crew and we all breathed a sigh of relief.

At first glance I thought about foot traversing the flake, but being clumsy I knew I’d probably knock myself off with my shoulder. Then I wasn’t too sure what to do, and finally I decided to just get down and battle with it, any which way you can, hands, tools, the lot. Hats off to Andy Nisbet and Alfie Robertson climbing this in 1977 over 2 days with a bivi. With that in mind, having climbed a few winter Dubh Loch pitches now including the crux of Rattrap, I’d say that Mousetrap was noticeably harder, longer, more sustained and teetery, but so much varies with conditions on the day.

Finally it wouldn’t be right not to mention that mad hare we met on the way in. It joined us as we drove up the Loch Muick road. If we sped up it ran faster, if we slowed it stopped in front of us. Switching the headlights off and back on revealed it sitting in the middle of the road staring at us like a demented fiend. Eventually after quite some distance we forced our way past it. Guess who joined us for another run on the way out?

Mark Musgrove seconding the first pitch which would be significantly easier with build up.

Mark above the techy corner on the second pitch 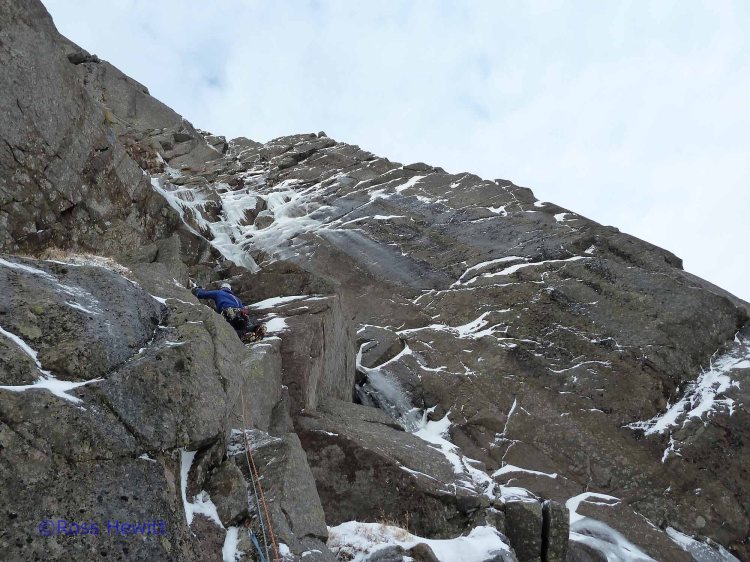 The guys on the flake traverse pitch. 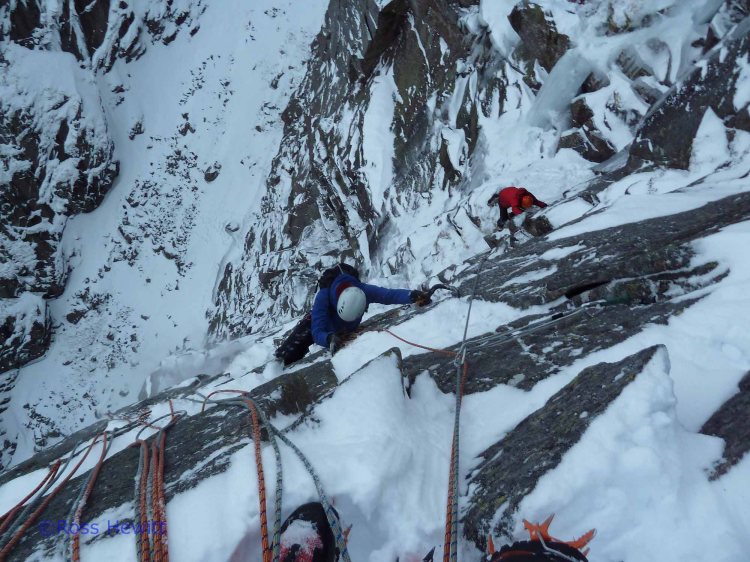 Myself and Neil Morrison on Mousetrap in 2010. Photos by Simon Richardson. 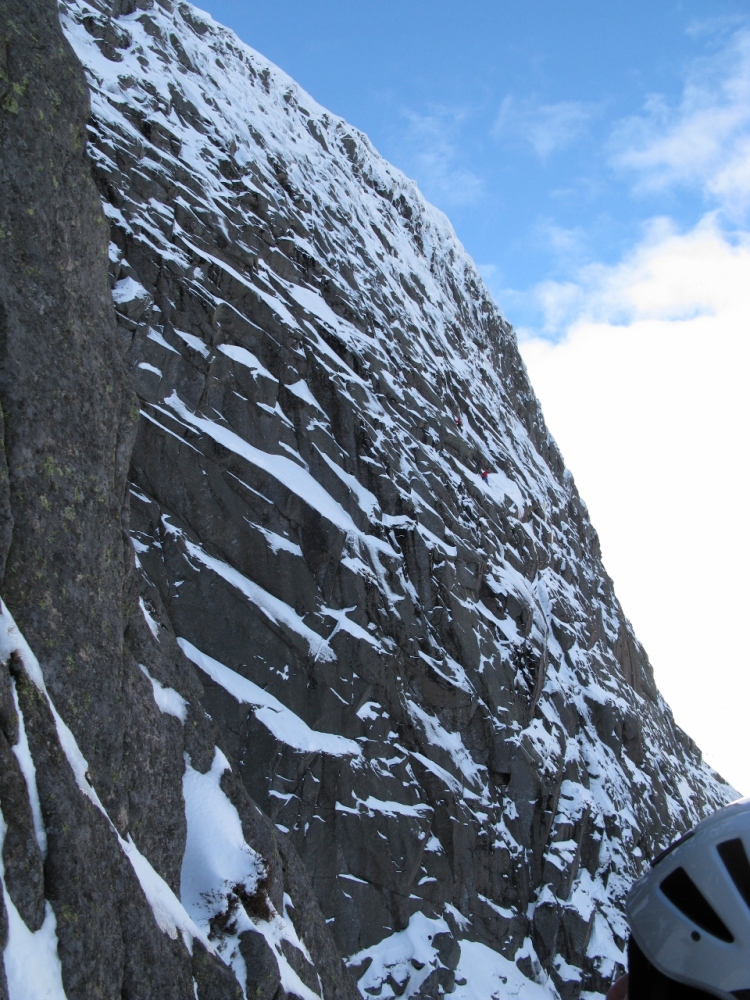 A cold windy November day found us in search of dry rock sheltered from the wind whipped sea spray. The sports climbing mecca of Boltsheugh just South of Aberdeen provided us with some good entertainment in the weak Scottish sunshine and I got a chance to try out a new camera. 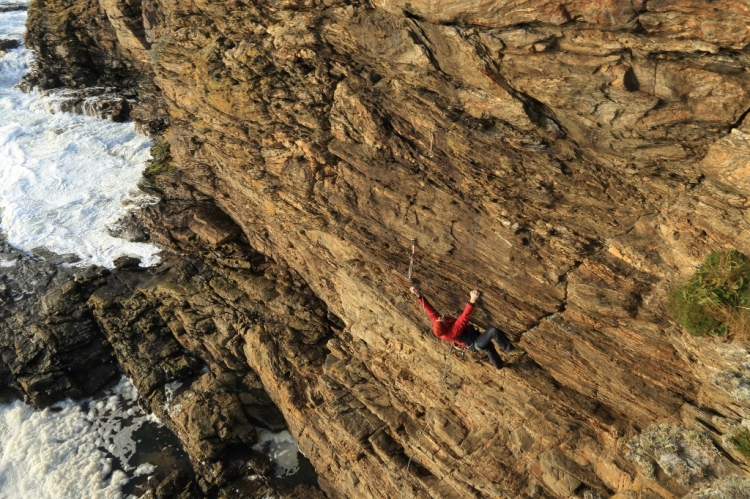 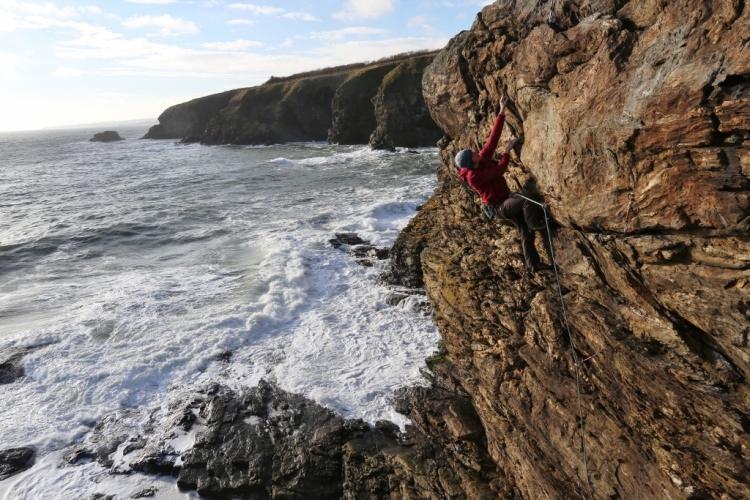 The heat wave was set to continue so we headed to the far NW of Scotland and the cooler north facing crags to sample some of the 1000 million year old Torridonian sandstone.  Headlong E4 and Culach E5 were the highlights with some thought provoking top outs with Roaring Forties in Amphitheatre Bay quite a mental test on less than perfect rock. 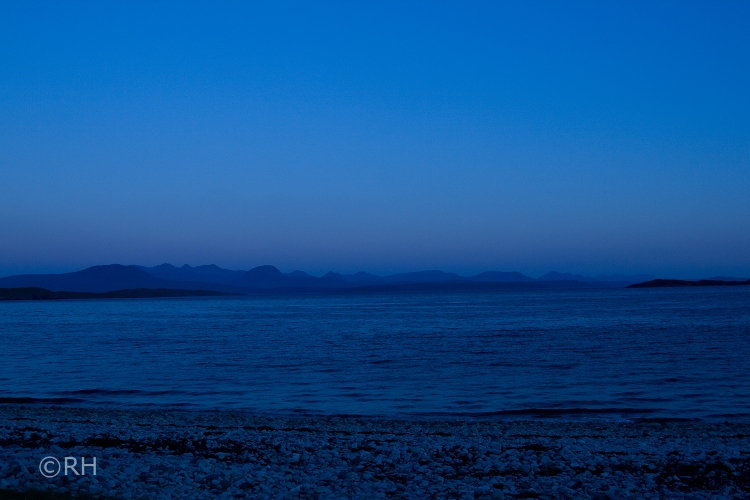 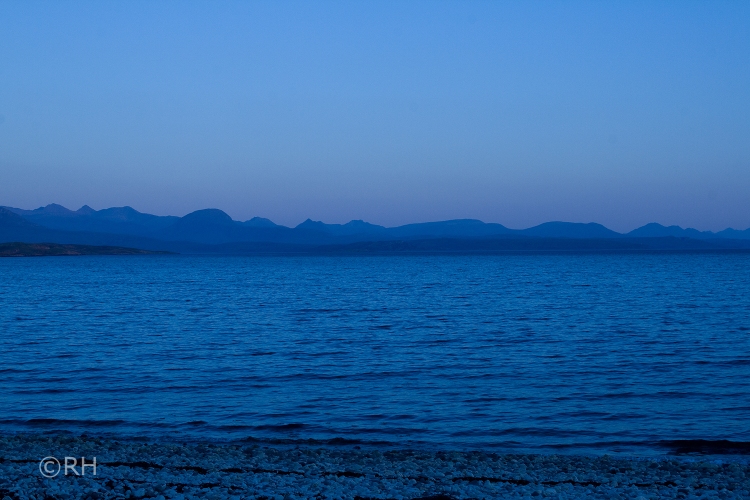 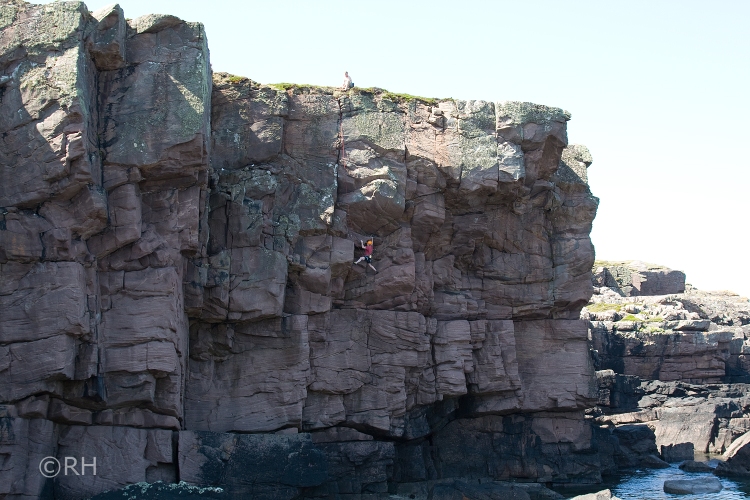 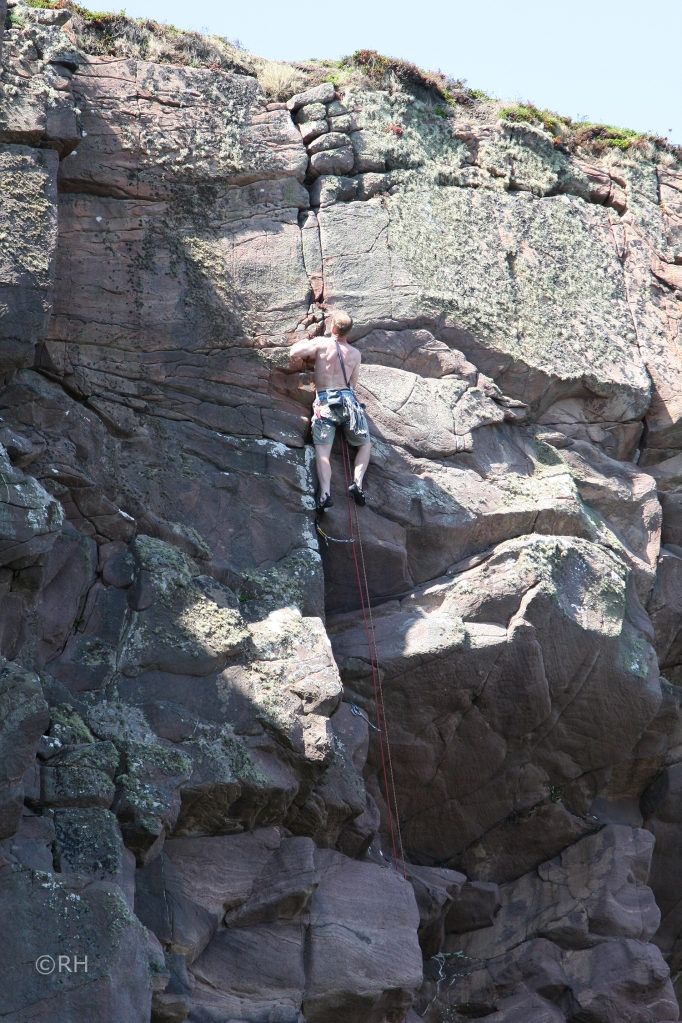 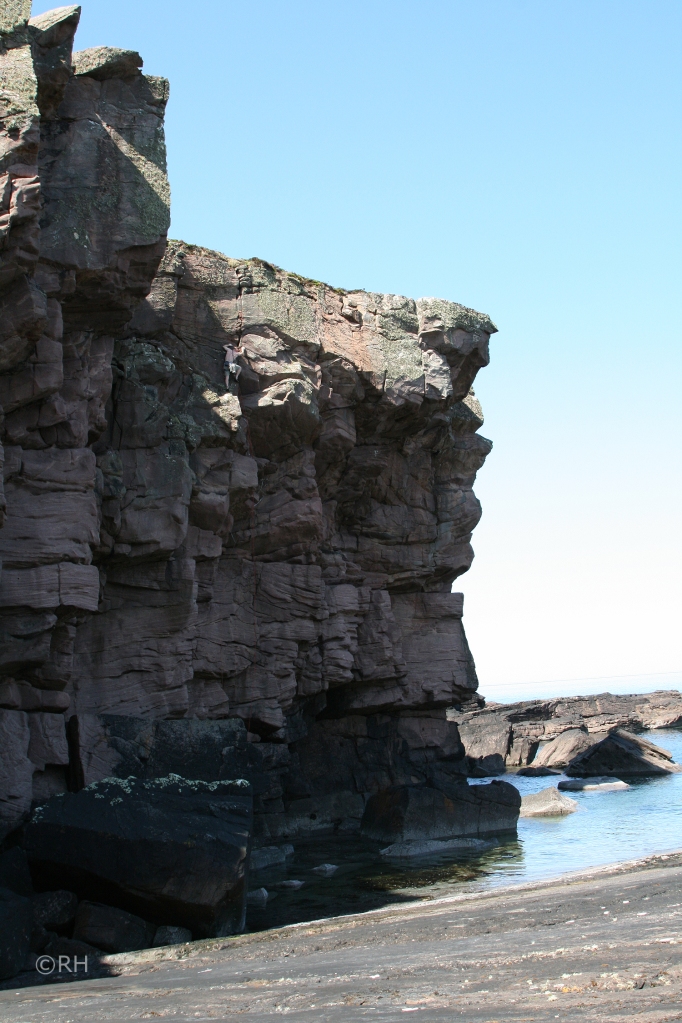 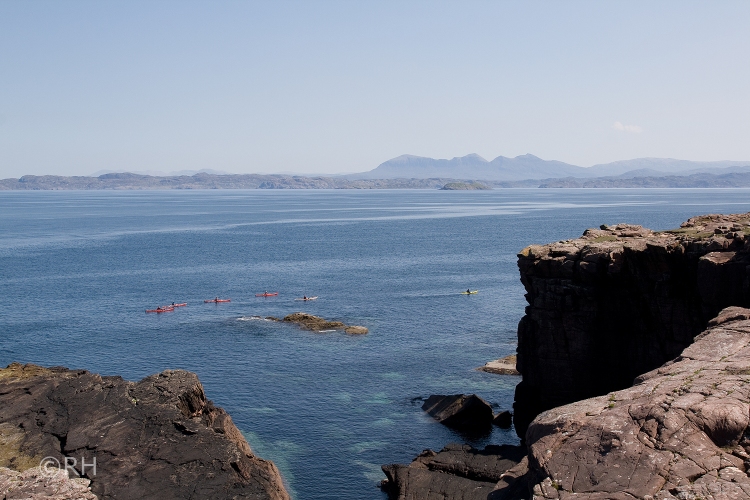 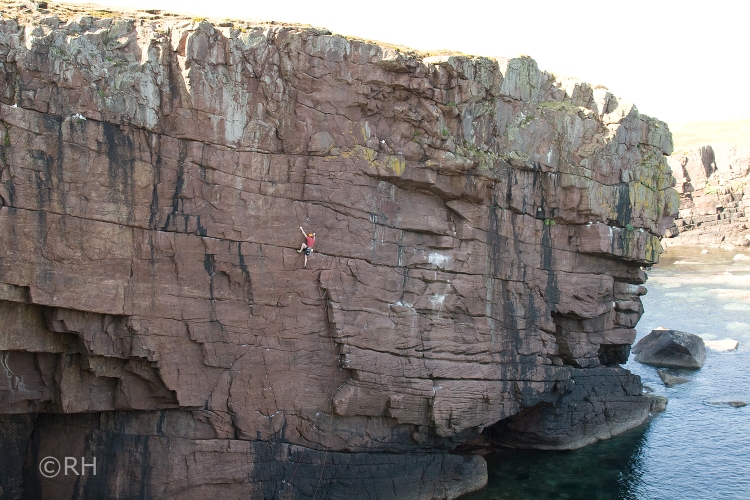 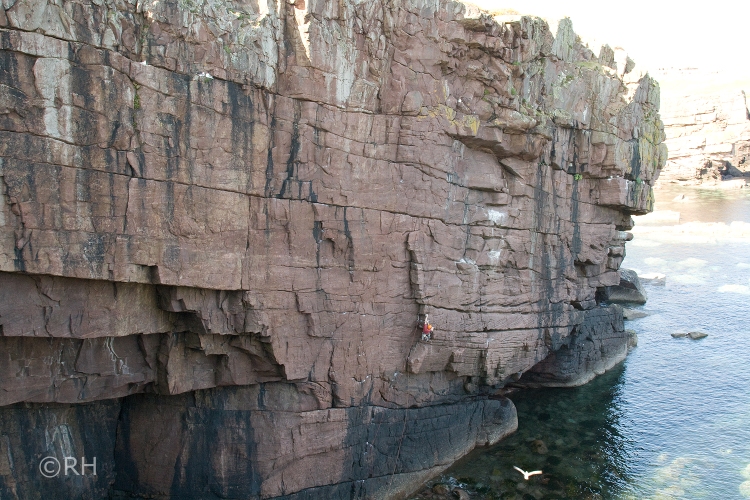 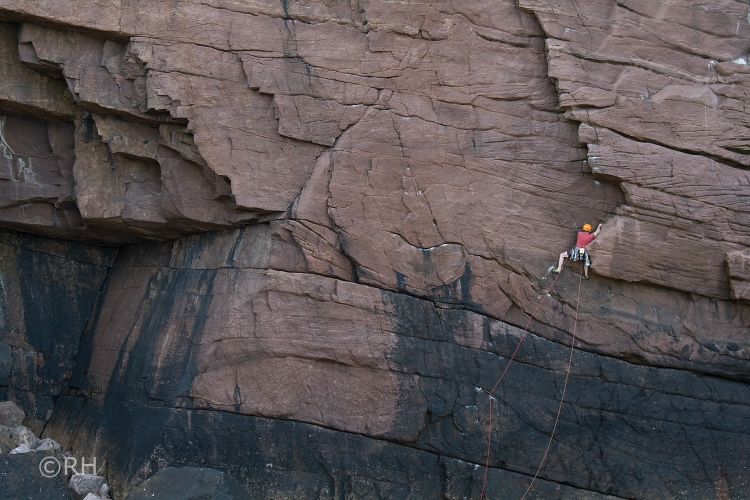 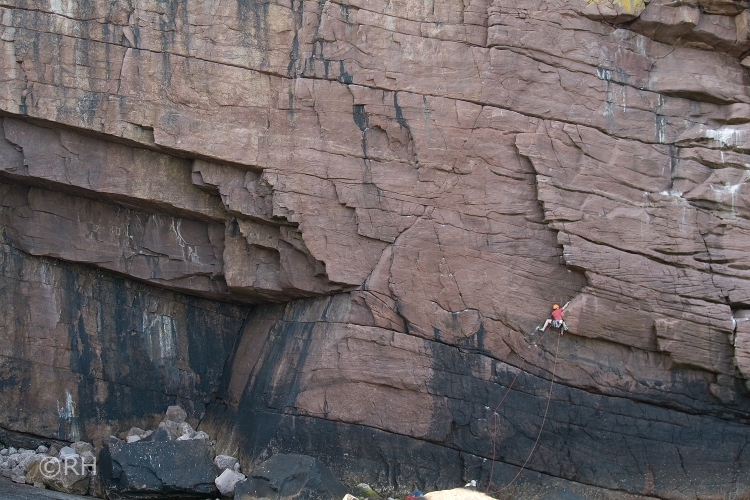 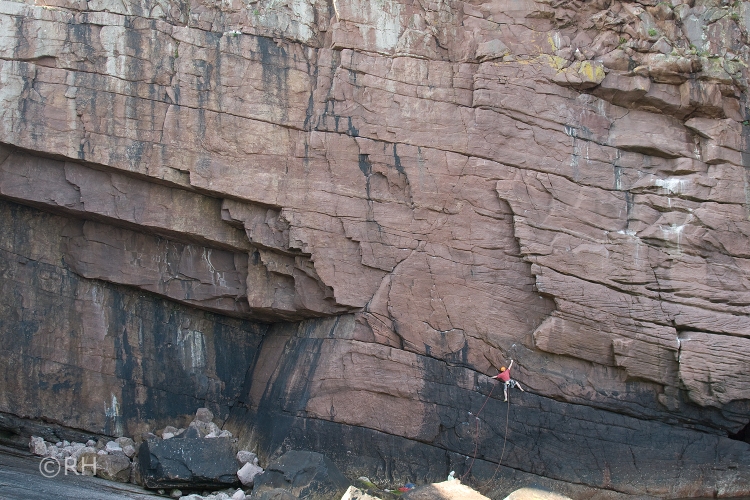 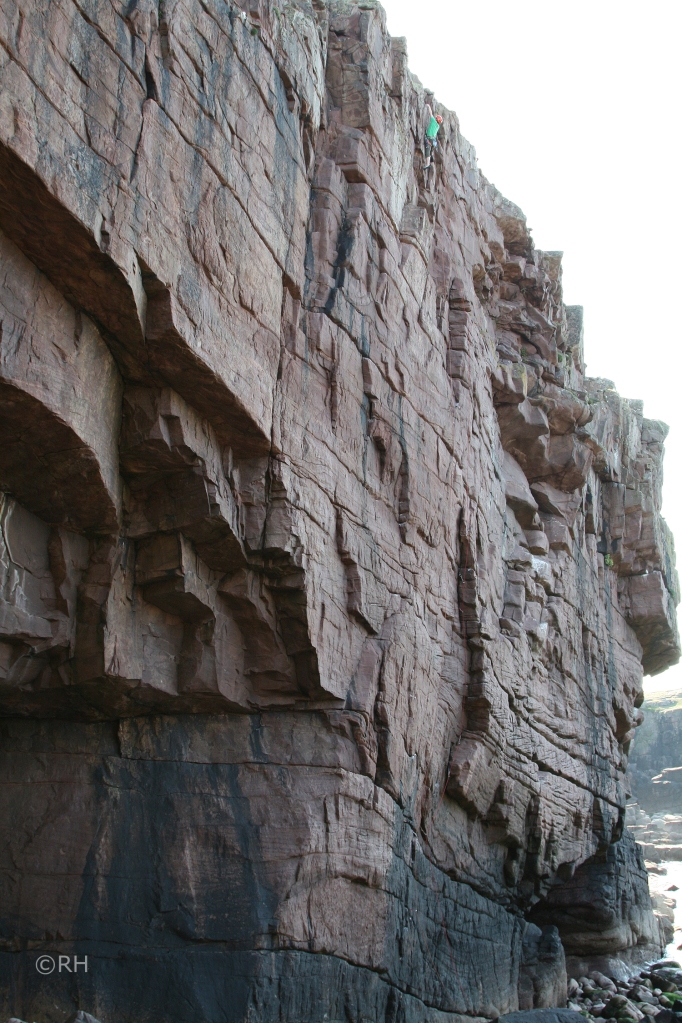 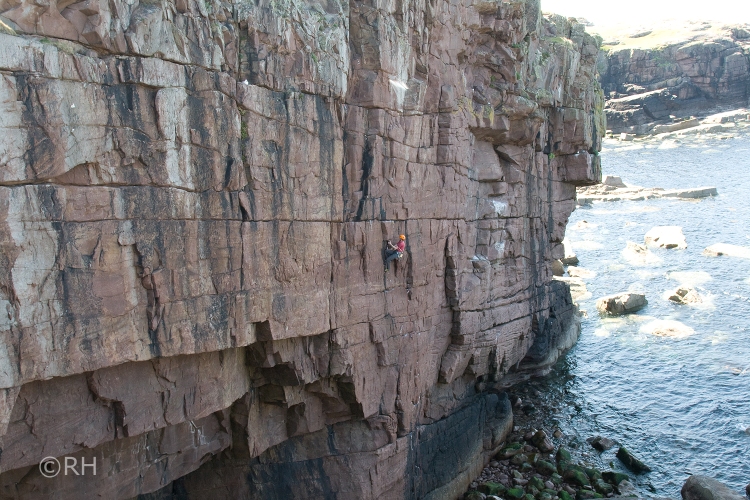 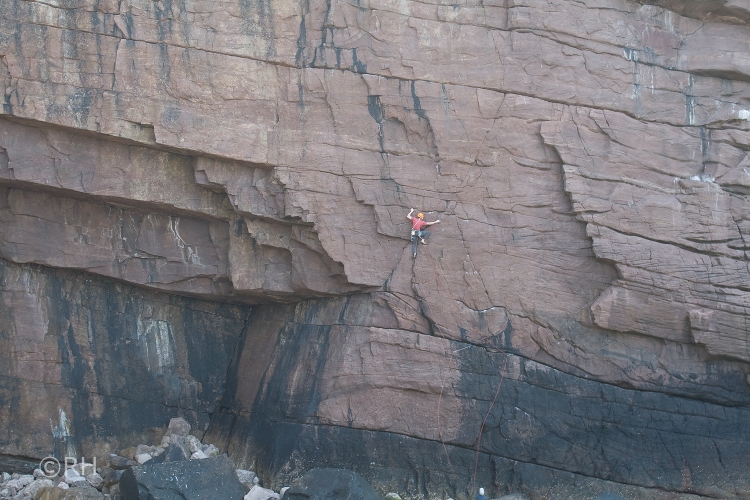 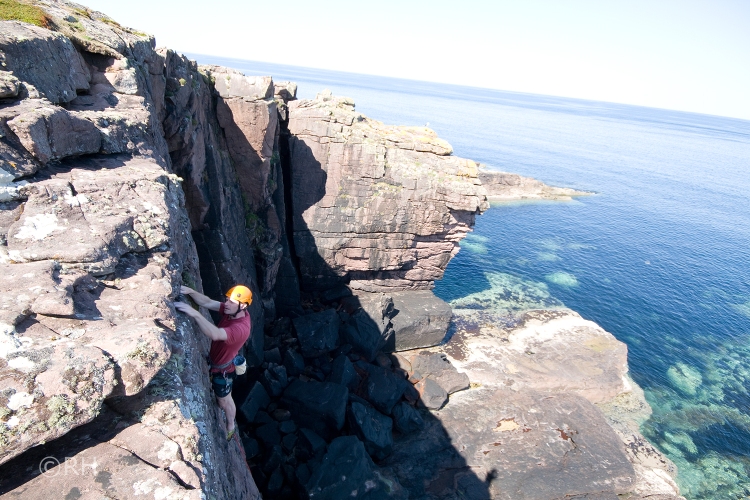 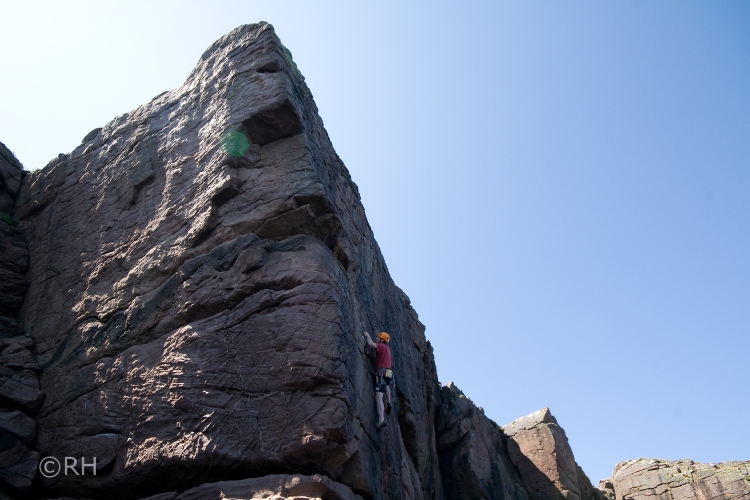 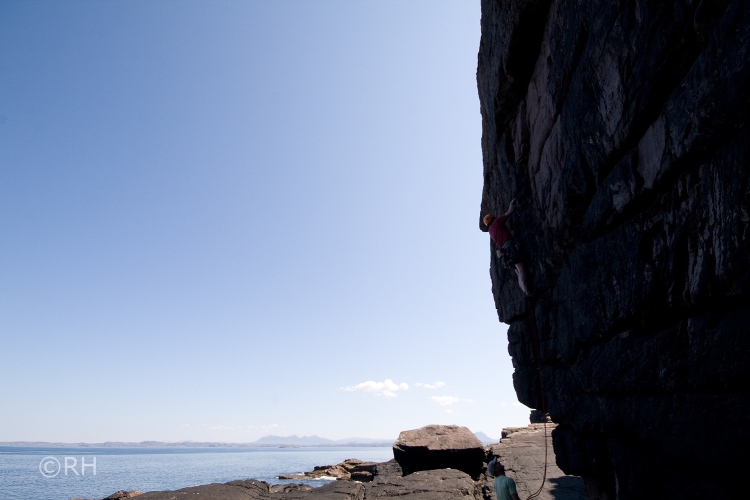 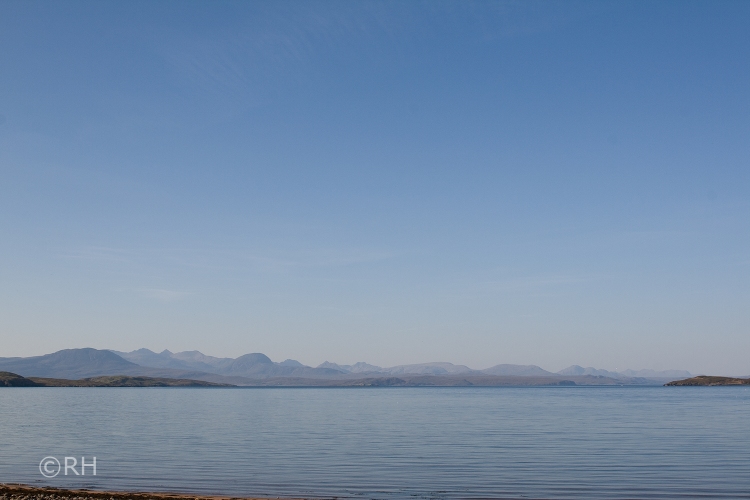