As the wind continued to rage down from the North against the Chamonix Aiguilles, I was lured out of my warm bed by Dave Searle (1) and Davide de Masi (2) with the promise of thigh deep pow on the Helbronner in Italy. After the quick journey through the magic tunnel, we debunked into the first cafe for great Italian coffee while the workers decided what time the lift was going to open.

When we finally got to the midstation, we could see the wind had done its evil worst with slabs going the distance from 3000m to the valley floor. The question in everyones’ mind was ‘who will go first?’. We decided to ski down from the mid station as a warm up, then go back up and see if someone had opened any of the upper slopes.

The ride down was special, the rain had formed rivulets in the snow, akin to the washboard drainer side of the sink, except all the channels criss crossed increasing the chance of catching a tip and driving your face onto the cheese grater ice. We nearly went home after that, but decided to go to the top to have a look to see if it was any better and at the same time visit the second cafe (C2).

More coffee and again that question no one wanted to answer ‘who will go first?’. Luca thought it might be an idea that Searler goes first since he was youngest and had nothing to loose. Searler thought that Luca, being the oldest, had lived long enough and should go. By now everyone was getting caffeine jitters and bored of talking about it so decided to do nothing except download and go home.

On the lift ride down we saw someone had got well overexcited and tracked round to the meadow (Toula Glacier), providing a couple of nice turns between the crud. So, we went back up!! Walked up loads of stairs,  got blasted by the Cairngorm style wind on the exit of the station, tracked miles round to the stairs at the col, then walked down thousands of stairs, and started the big ski traverse across the meadow (Glacier) back to the mid station, taking a few pictures on the way. After safely traversing back, we retired to cafe 3 (C3) for more coffee.

A few nice turns between the crud. 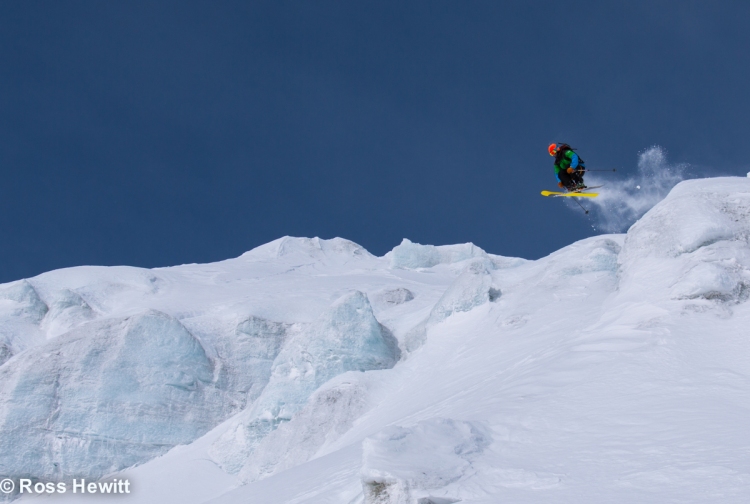 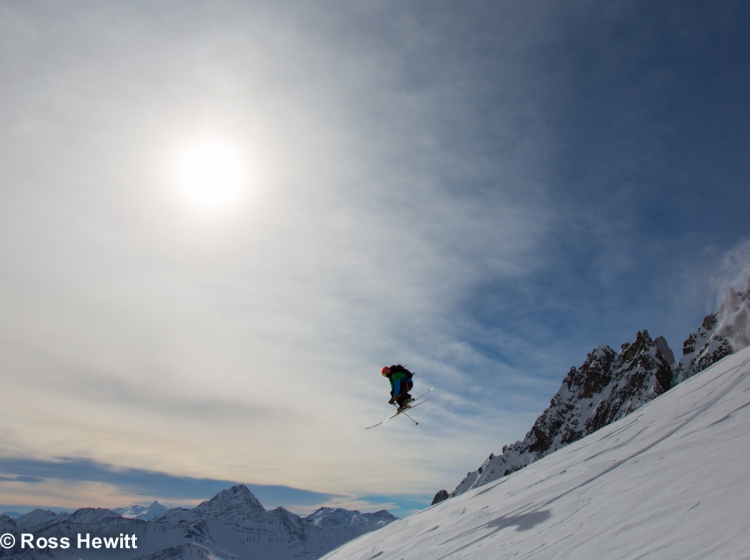 Better to stay above the crust. 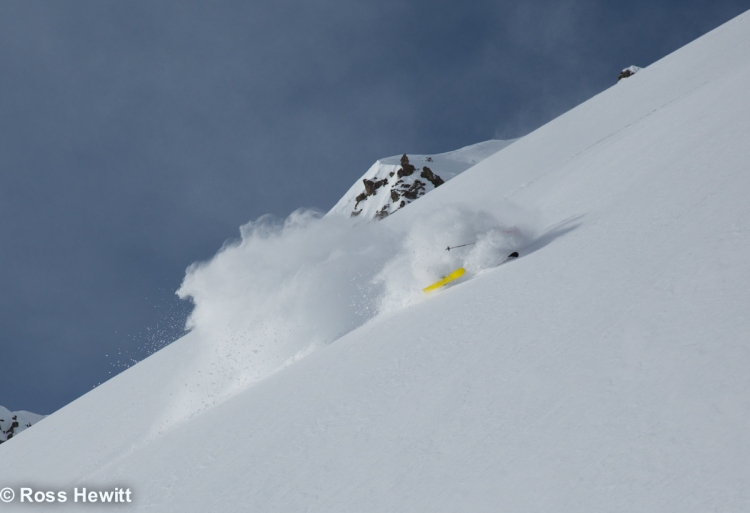 Uncivilised. This is what I left Scotland to get away from!