An early season trip to the gorgeous old Couvercle Refuge coinciding with the full moon and my birthday – as if you need an excuse to go there! 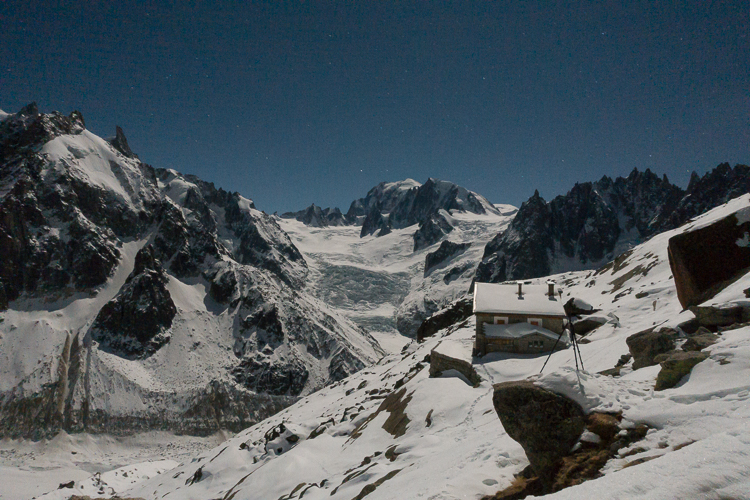 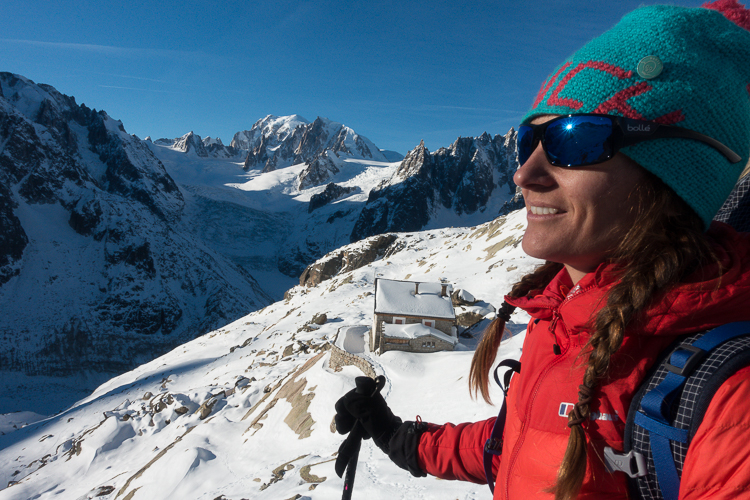 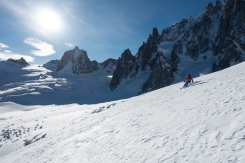 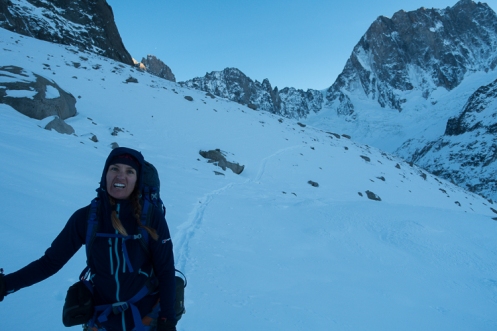 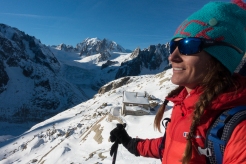 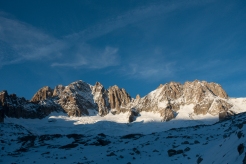 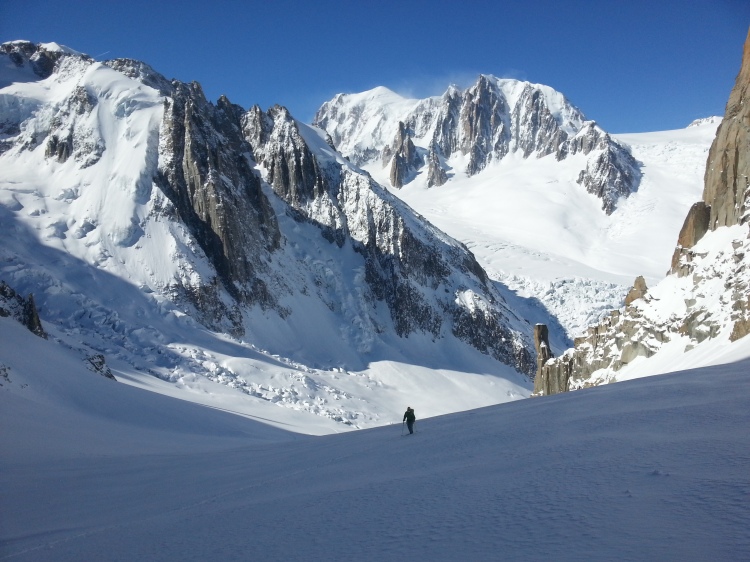 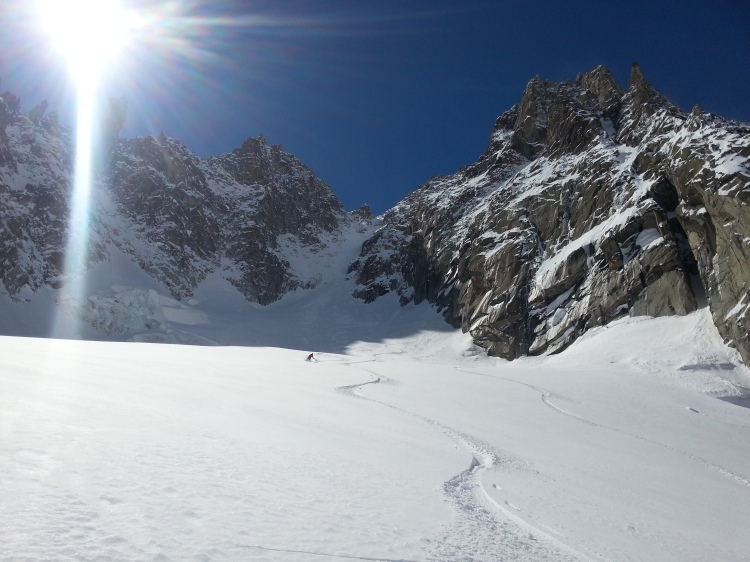 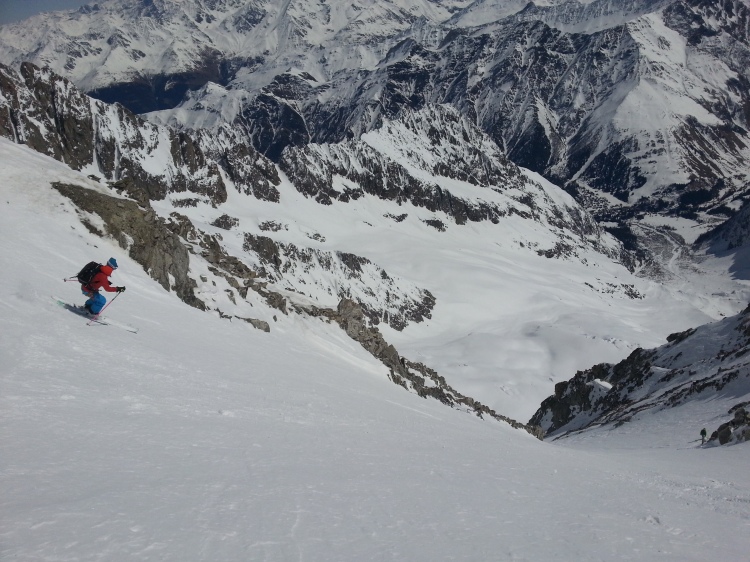 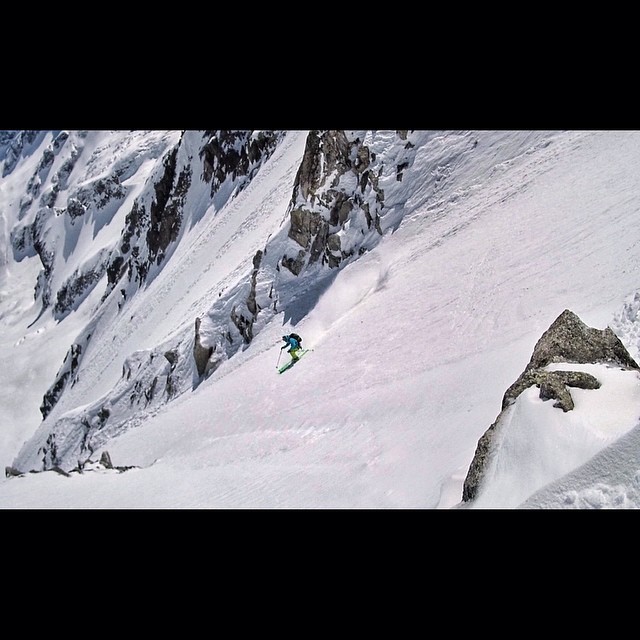 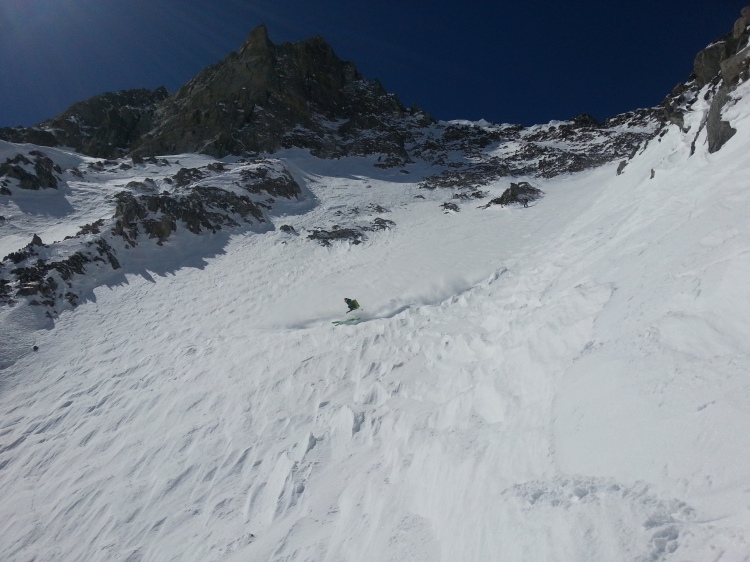 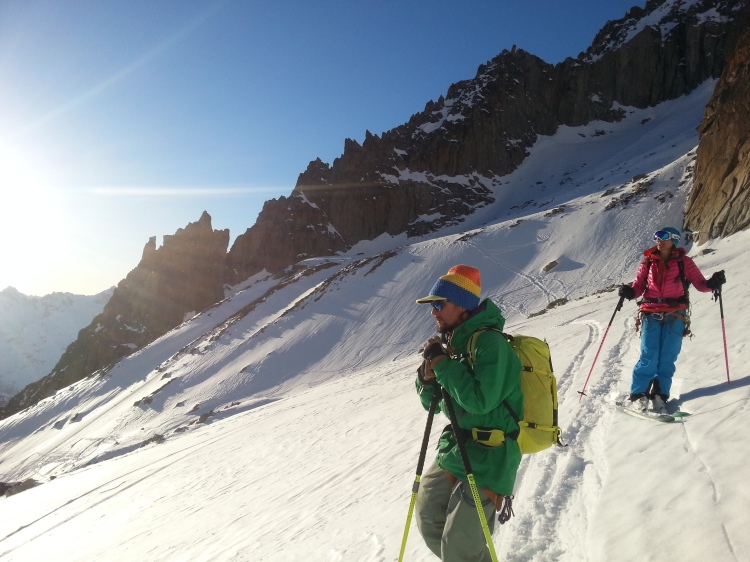 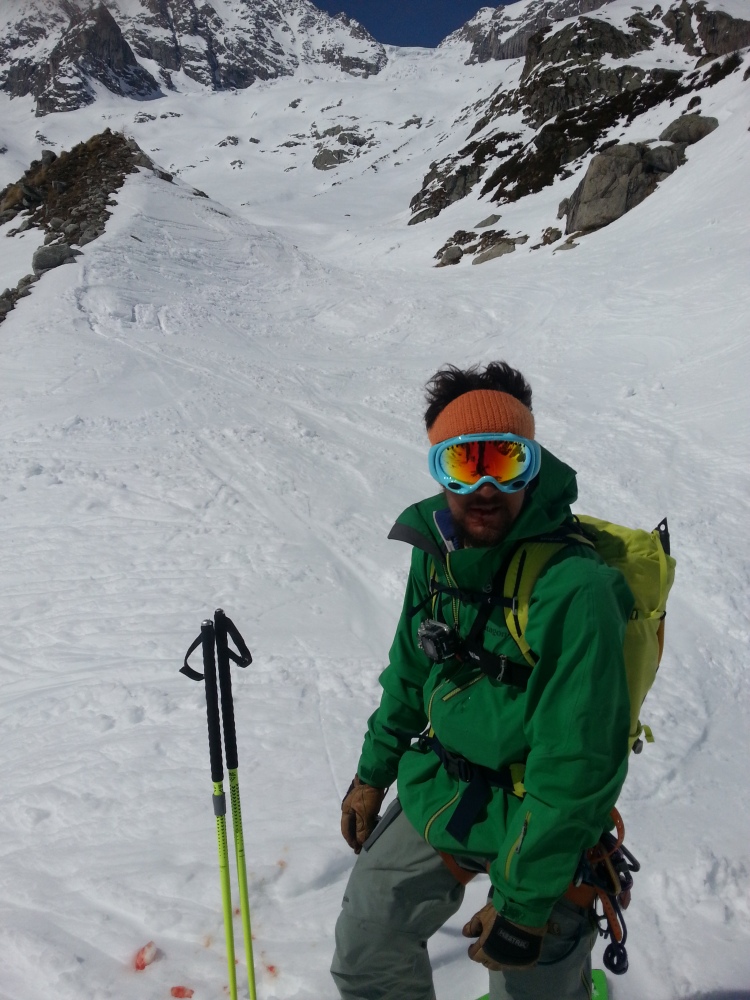 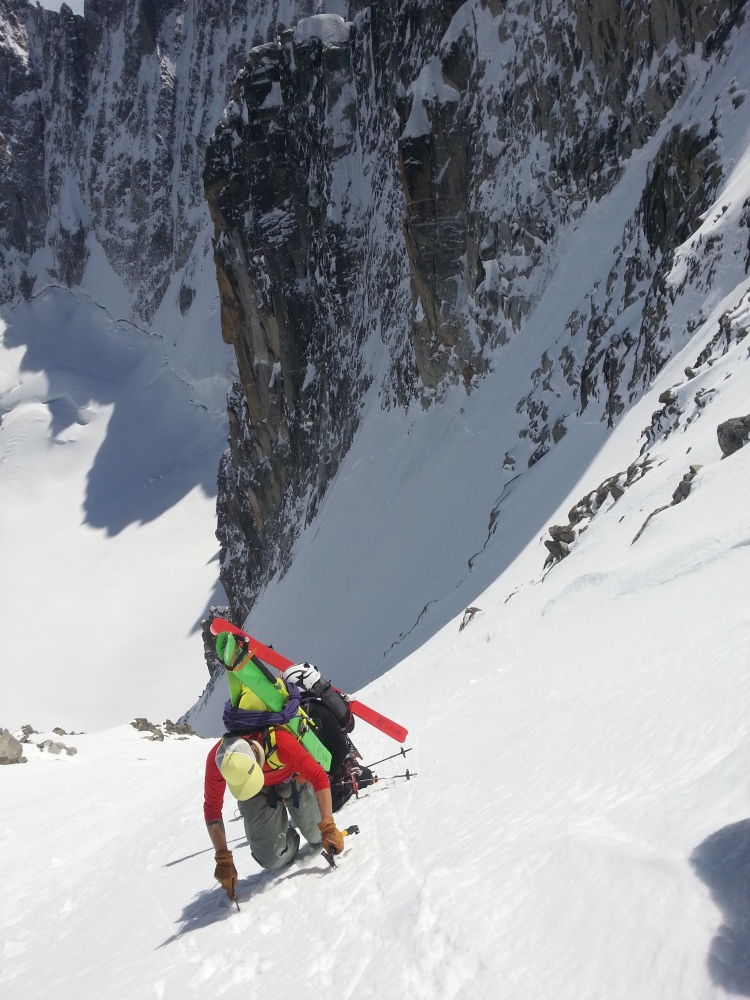 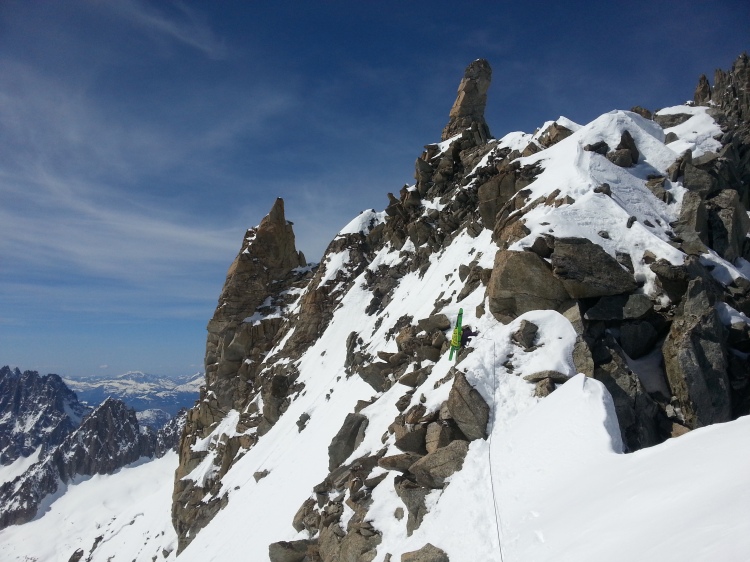 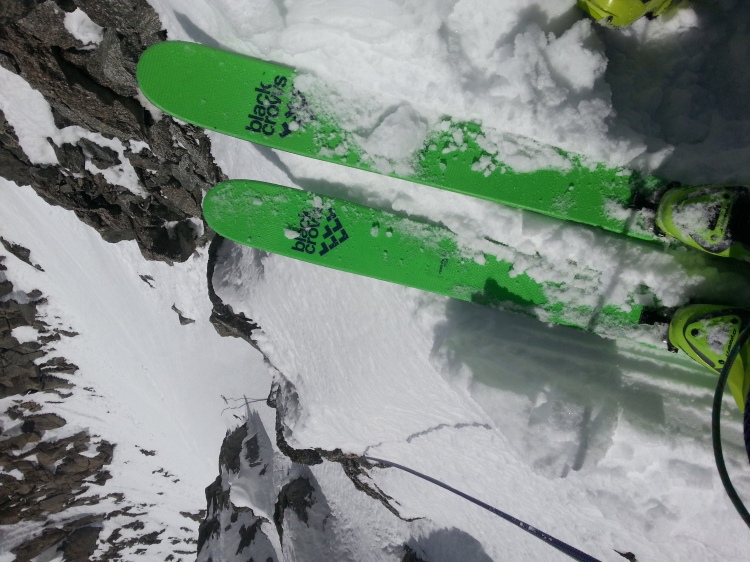 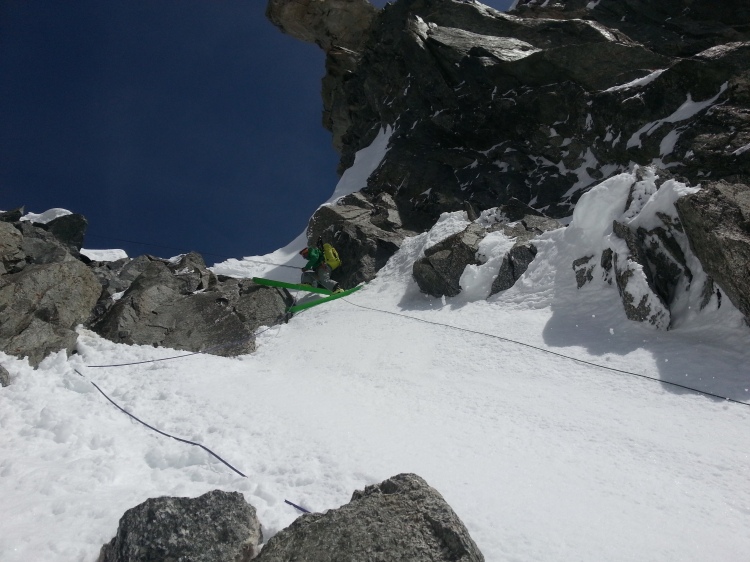 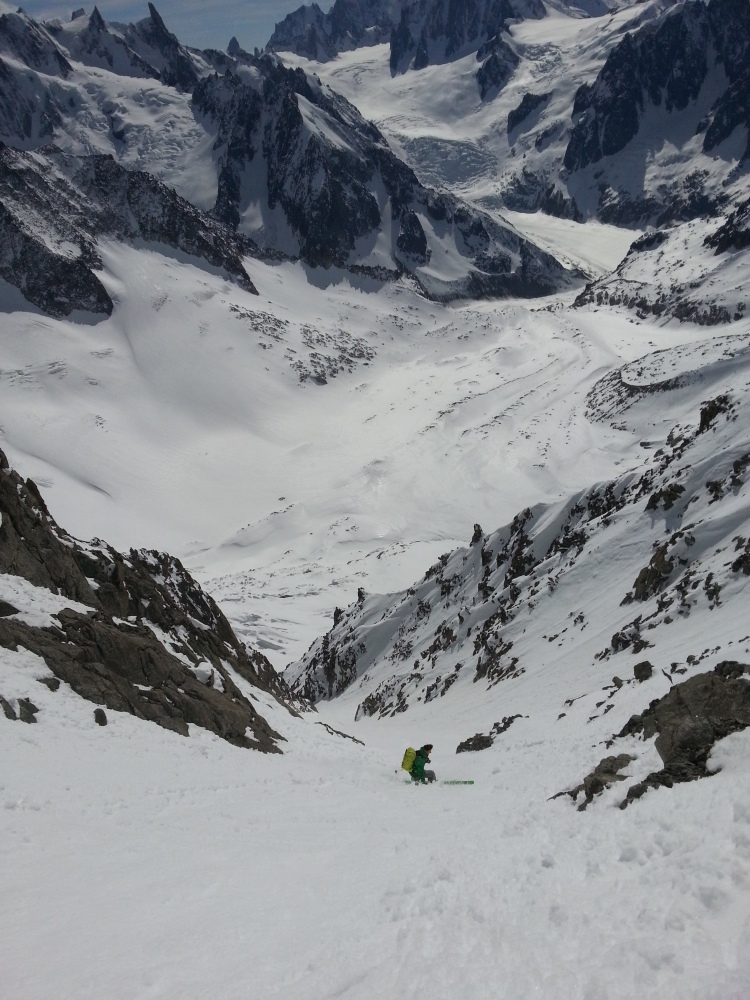 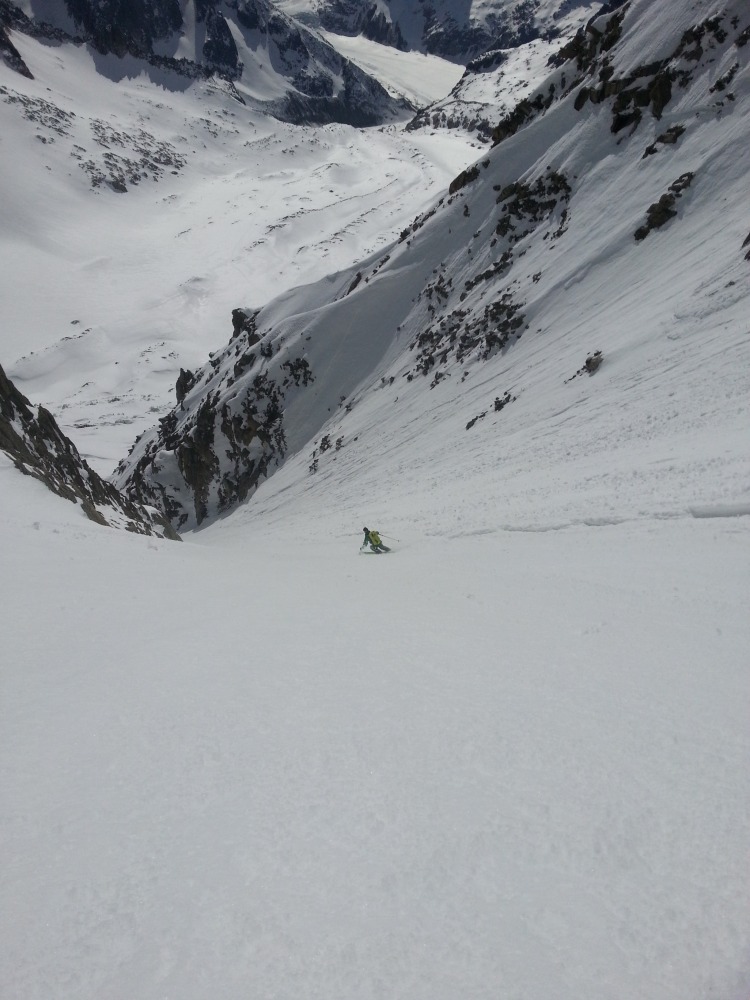 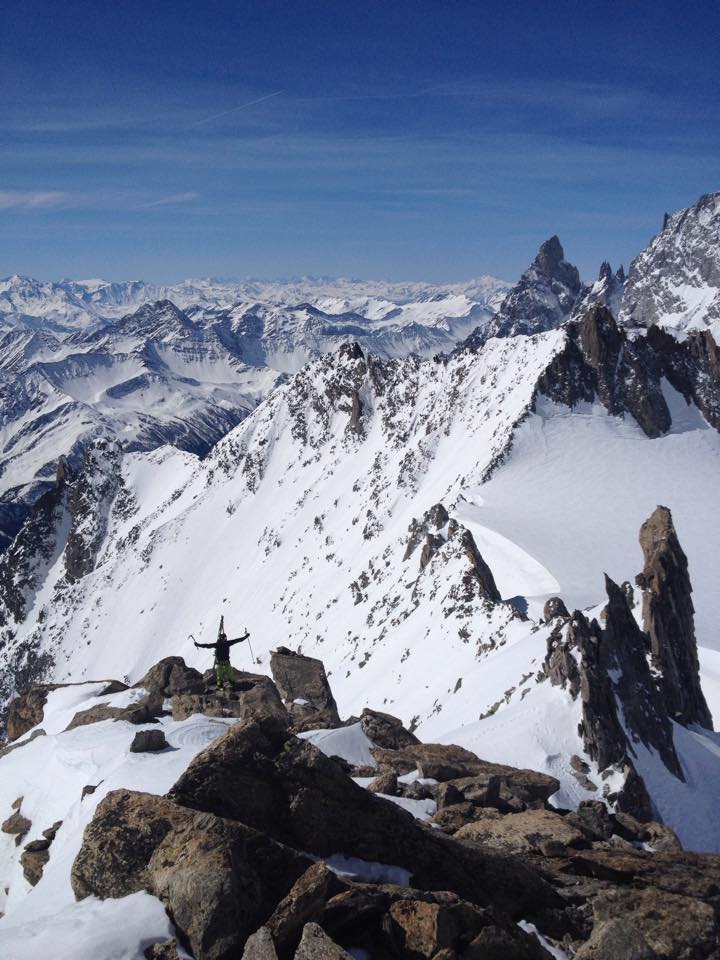 Like Mad Dogs and Englishmen we went up to the Couvercle on a still day in the midday sun. Hotter that the Sahara, the relentless sun beat down and we baked and sweated our way up to the hut. We’d been speaking about this trip for a year, and Michelle and myself were joined by close friend Philip Ebert. We hung out ontop of the granite slab that protects the refuge for the rest of the evening soaking up the magnificent scenery in the Talefre basin and contemplating the awesome spring snow descent that was on the menu for the next day. 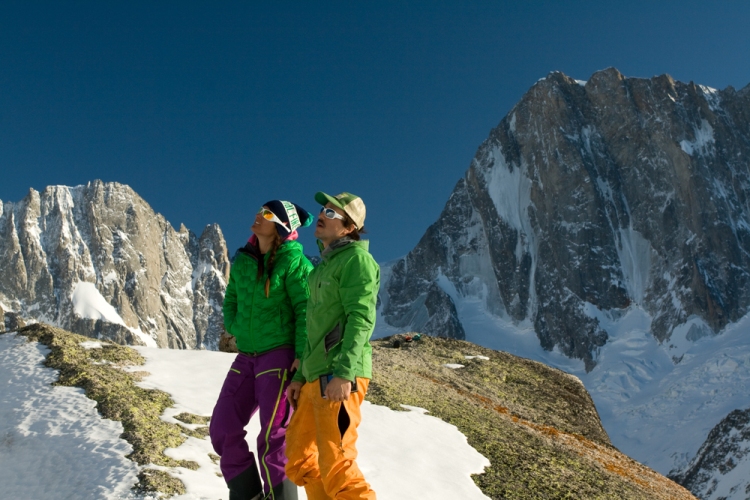 After a good meal Philip produced a hip flask of Laphroaig (Islay single malt whisky) which was exquisite and topped of a great evening with friends. Early to bed, I was restless and around midnight watched a team of climbers scrabbling round the bergshrund of the Jorasses, probably hampered by lack of a freeze in the mild weather.

At 430 am it was still very mild outside but we headed off in the dark, hoping the snow would be fully frozen up higher on the steep slopes where it mattered. As the sky lightened, Mont Blanc looked like a blood stained blade thrust into heavens and the worry was getting to the col before the sun softened the snow to deep wall paper paste. As we climbed there were areas of sluff polished runnels that provided speedy upward progress, intermixed with breakable crust requiring ten times the effort. Arriving at the col in the mist we all needed a wee moment to chill out and have some food and wait for the sun to come out and transform the icy crust into velvet free ride corn ready for harvesting. As we waited the cloud crept in and thickened until visibility dropped to about 15 feet. Occasionally the cloud lifted sufficiently to peer into the Argentiere basin where cloud at all levels convinced us that it wasnt going to burn off. After an hour and half of waiting and running on the spot to keep warm, there was a glimmer of hope with some brightness over Tour Noir. Michelle then noted some play in her bindings and on inspection she had forgotten to crank the dins up. We only had a screw driver that fitted the sideways release so I was still very worried that the ski could release in the forwards direction. Time to go, hoping a window would come our way and provide some visibility. Starting down it was still misty and I couldn’t determine what the snow was doing for the next turn. I soon encountered very hard snow and used my axe to step back to the col and edge-able snow. Without sun, the snow would stay hard at this altitude and instead of great skiing it was just a case of getting down safely. This time I started down using our boot pack as the visual relief and sidestepped down to the wind lip under the rock below the col. This flat area enabled us to stand and relax the muscles which had been getting pumped stupid holding an edge on the frozen snow. From here the angle was easier and that upbringing on sheet ice at Glenshee proved useful and I made a couple of turns, searching out the roughest snow where edges would hold and the traversed out rightwards into main couloir. Still in the cloud we descended about 500 m in the monochrome white room, eventually popping out into the world of views and colours. Finally below the freezing level we enjoyed creamy snow turns down to the gear stash where we brewed up some coffee and soup before the ski down to town. Back at Elevation we squeezed onto a table with an old lady occupied nursing a glass of wine. Philip and myself gulped down our grand panaches, remembering just in time we were back in civilisation before letting out a massive burp.